Quintessentially mod, the shift dress conjures up images of Twiggy and Jackie O in bold coloured dresses back in the swinging 60s. Like the LBD, the shift dress should be incorporated in every woman’s style repertoire. The garment is forgiving and flatters most body types. It can be layered with tights, knits and jackets during the colder months or worn on its own during the warmer months. Variations of the dress have been featured heavily on the runway, most notably in chequered prints at Louis Vuitton’s Spring/Summer 2013 collection. Monochromatic pieces in lux fabrics were also popular on the catwalk, as well as the street scene. There’s nothing easier than throwing on a shift dress and dressing it up or down at your whim.

The gorgeous and spunky Melbourne girl Kate Peck, who began her career as an international model and now an MTV VJ, demonstrates how to rock a metallic shift. With her slicked back hair and suede platform booties, she gives the dress a sassy edge. That’s the beauty of the shift dress, it’s a blank canvas for your personal style. 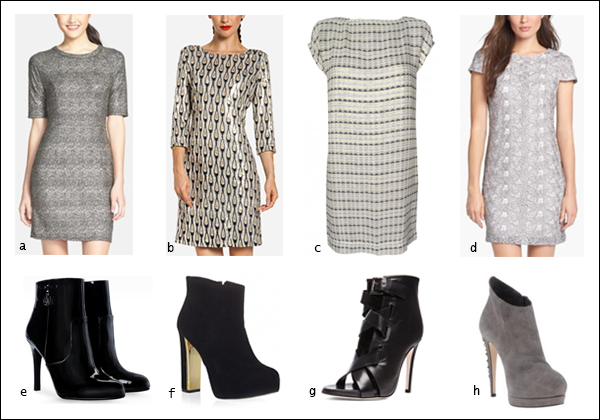 Copyright © 2018 Your Ensemble . All rights reserved. Do not use or reproduce without permission.

Travel Diary // Always in my heart ❤️ New York Tough 👊🏽 Central Park 2019 #NewYork
Travel Diary // Reconnect with nature. One of the first things I will do when all this is over 🌿 #StayAtHome
VAMFF // This time last week, feels like a lifetime ago... Some of my favourite accessories at @VAMFF #Melbourne
Fear, hysteria, chaos. Love, kindess, compassion... Choose your own path. I still believe in #humanity #weareallinthistogether
VAMFF // Don’t know about you, but I need some distraction from everything that’s going on right now... Here’s one of my favourite looks from last week. @VioletGrace_ in @BottegaVeneta errythang. Just when you thought you were over the neon trend, #DanielLee comes out with this acid yellow padded blouse⚡️ #Melbourne
VAMFF // The last show for @VAMFF 2020. The Grand Showcase featuring @Toni_Maticevski... Yesterday, the festival came to an abrupt end because of COVID-19. As sad as it is, it’s the necessary course of action to flatten the epidemic curve and stop the spread of this invisible enemy. My thoughts are with the designers, creatives, freelancers, small businesses and suppliers affected by event cancellations now and in the uncertain future. It’s time to think of our community, our neighbours, especially those who are vulnerable. Let’s stop this selfish behaviour, the hoarding, the panic buying. Practice safe personal hygiene, self-isolate if you’re not feeling well and let common sense prevail. We are all in this together 👊🏽 Stay healthy and safe everyone!
VAMFF // Day 3 Highlights - Tonal, texture and print... #Melbourne
VAMFF // Day 1 Highlights - Puff sleeve dresses and the double bag trend... #Melbourne
My Ensemble // My current obsession, the Prada Brique Saffiano bag... Now that Raf has officially joined the creative team, it’s time to save those pennies in anticipation of the SS21 collection... #Melbourne . [📷: by @HeyKarenWoo]